“You are Braver than you Believe, Smarter than you Seem, and Stronger than you Think.”    – Winnie the Pooh – 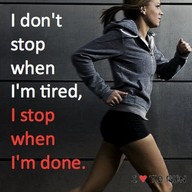 I received a green light from the foot Doctor to participate in the Outdoor Divas Sprint Triathlon but lingering foot achiness and two weeks of NO running introduced serious risk, angst, and stress in achieving my season goal of making it to the podium at Divas.  It may sound silly but that really was the BIG goal for this triathlon season.  In fact, Heather R, Erin and I had all made that our goal for 2012.  Except then Erin decided to have a baby so that took her out of the podium line-up for this year but still Heather and I were driven to get on that darn raised box setup.

For the two weeks prior to the race since I had been told DO NOT run, I had ramped up my swim and bike to compensate and to focus on retaining my endurance threshold.  I biked hard and swam like a nutcase, all the while hoping that this would keep my running abilities (or lack thereof) from crushing my podium quest.

Now for those not familiar with Outdoor Divas, it is a women’s only Sprint distance triathlon (750m swim, 12.5 mile bike, 5K run) with a reasonable cap of participants–approximately 575 athletes registered for the 2012 event.  Participants include a blend of athletic abilities ranging from über competitive Elite folks to first timers.  I was somewhere in the über competitive, 2nd season rookie, non-Elite, sorta old, triathlon freak category.

In the few days leading up to the race I was SO psyched up; jazzed for the race with nerves and adrenaline.   As race weekend arrived, I was happy that most of my original group of friends that registered remained committed to participating in the event.

Pre-race dinner was a fun pasta night with guys #1 & #2 plus our friends the Bests.  Carb loading and laughs were certainly on the menu.  Race morning for me arrived earlier than planned at around 3:15 a.m.; that was NOT the time I set my alarm, but still that was the time by body said “let’s GO!”  I was too excited to sleep.

Full of nervous energy we all headed into transition and given that we were among the first to arrive we had our choice of where to rack our bikes.  We debated for several minutes on what was the best spot and finally I consulted with some competitive Elite looking gals who informed me…pick a spot with the shortest distance required to run with your bike.  Great advice, we picked a prime spot right next to bike start and bike finish.  Off on a warm up ride and run and then into Union Reservoir for a short swim.

The race directors held a pre-race meeting right before getting the event underway which included a fun little addition—the Colorado Fire Fighters calendar guys would be manning the aid station.  That certainly got a round of cheers.

I was in the 50-54 age group which placed me in the last swim wave.  I was determined to try to “race” each leg of the TRI and most certainly NOT to walk any of the run.    Soon the 1 minute notice was given for my wave and then 30 seconds, 15 seconds, finally a horn blast started my race.  I pushed myself on the swim but felt smooth and confident as I rounded the various buoys…heading into the last 250 meters the swim became a bit of an obstacle course of slower swimmers from the prior waves.  I bumped into a couple of gals but nothing close to a “water polo” type clash.  Soon I was out of the water, struggling to pull off my Helix and running into Transition I heard my time.  I felt pleased with an 11:42 for a 750 meter swim.

T1 as typical seemed to take an eternity and the run with Zen Boy (a/k/a my Giant Avail Advanced) out to the bike course was a bit of a stressful situation with a bottleneck of gals strolling their bikes out of transition and onto the ride.  To minimize time, I picked up Zen and ran with him out to the road and then as quickly as possible got to the bike mount location.  After almost skidding out on some gravel, within the first 20 feet of the bike course, I was off and running (or in this case biking) around the first of 3 loops of a 4 mile course.  Rules for the bike require you to ride on the right and pass on the left.  Now, I have a pretty nice bike and I have these big (formerly fat) strong legs and although I’m not an experienced cyclist I am pretty fast.  So since I was in the last group there were a ton of women in front of me, riding on the right wasn’t going to work much of the time as I was fortunate in that I was passing most of the women in front of me.   The bike course was quite flat which is nice if you’re opposed to hills, but on the flip side you don’t get the speed that comes with the downhill portion.  So I watched my Cat Eye biking calculator and as the bike portion progressed my average speed increased to an average of a 21.7 mph pace at the conclusion of the bike leg.

T2 went by without event and I was onto the run course which was an out and back 5K.  As I ran along I could feel my heart rate hitting the anaerobic zone meaning that I had reached my limit from an endurance capacity perspective.  Thoughts of walking “just a little bit” started to enter my head.  Then began a private and thankfully “silent” conversation with myself.   For all those early 4:45 a.m. mornings and for all those hideous, painful threshold runs that @CoachCary put on my calendar, I would NOT let myself down and I would NOT walk.  As I approached the ad station which I was happy to note occurred twice given the course being out and back.  These fabulous bare-chested specimens of manliness were handing out cold water and Gatorade.  Very nice…I certainly wasn’t going to look like a wimpy girl and walk through THAT aid station although it would have been nice to linger and look (gawk).  Did I walk?  NOPE, not this time!  As I was heading into the last stretch of the run, I saw my friend Heather B, up ahead.  We pretty much ran the last portion of the race course together.  Crossing the finish line at an all out sprint felt great and after downing a couple of bottles of water and a brief walk to recover I was no worse for wear.  Also, I thankfully didn’t get called a “Penguin” on this run.